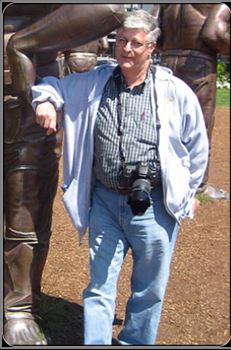 Our Winter Competition will be
Monday November, 21.
You can upload image October 17-November 12

PURPOSE: The Redlands Camera Club holds competitions to help our members improve at the art and craft of photography. Preparing an image that will be seen by others and will be critiqued by qualified judges encourages photographers to closely focus on their work so that their very best is presented at the competition. Other organizations have varying rules for competitions. Acceptance into RCC competitions does not guarantee acceptance into others.

ENTRY CLASSES: Members compete against other members of like skill levels, called “Entry Classes.” RCC Entry Classes are Apprentice, Intermediate, and Advanced, and are assigned by members to themselves when submitting images for competition. Members who regularly excel in their particular class should consider moving to a higher class to compete with other members of a more similar skill level. Ribbons are awarded in each category by entry class.

CATEGORIES: Categories are assigned by the entrant, but may be changed by the competition chair if obviously erroneous. Categories are People, Places, Animals, Close-up, Photojournalism, Open/Miscellaneous, and Special (Sometimes called Category X).In every category but Photojournalism (see that category for specific limitations) images may be edited to realize the maker’s vision. Editing can include, but is not limited to, brightness, contrast, tone, color, cropping, removing distracting elements, compositing two or more images (each of which must be made by the entrant), saturation (including conversion to monochrome), sharpening and/or blurring elements of or the entire image, painterly effects, the use of filters, high dynamic range (HDR), stitched panoramas, focus stacking and/or special effects as desired by the maker.

SCORING: During the competition, entries will be presented to the judges in random order. Names of entrants and entry class are not announced to the judges. Images that display the creator’s name or any identifying information such as a watermark or digital signature will be disqualified. The category and title of each entry will be announced and each judge will assign a score as the entry is shown. Rounded scores calculated by the scoring device will be announced. Scoring will be:

Click Here to read more about the competition judging process

AWARDS: Awards will be based on a numerical average of the judges’ scores calculated to two decimal places by the competition chair. Ribbons for first, second, third, and honourable mention are awarded to the top scorers for each category in each entry class. Best of show will be awarded to the highest-scoring image in the competition, regardless of entry class or category.